The Equestrian, Secular and Chapterial Order of Saint Joachim

The Equestrian, Secular and Chapterial Order of Saint Joachim was established on the 20th of June, 1755 by fourteen nobles and distinguished military leaders of the Holy Roman Empire. Having seen the terrible consequences of ongoing religious wars in Europe, our founders dedicated themselves to "worship the Supreme Being, show tolerance towards all religions, loyalty towards their princes, support the needs of their military, the poor, widows and orphans." The Order was uniquely composed of both Protestant and Catholic nobles and leaders at a time when religion violently divided Europe and the German states within the Holy Roman Empire, and other knightly orders allied themselves exclusively with one faith or the other.

The Order of Saint Joachim was recognized by many contemporary sovereigns and states. His Apostolic Majesty Leopold II, King of Hungary and Bohemia formally acknowledged and sanctioned the wearing of the insignia of the Order on May 23, 1790 with a document of Royal Concession. A few months later he was crowned Emperor of the Holy Roman Empire, succeeding his brother Joseph II. One of his first acts was to appoint Comte Christian von Leiningen, a knight of The Order of Saint Joachim and relative of the Grand Master, to be Chamberlain of the Imperial Palace. 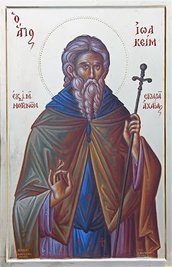 The Royal Warrant of King George III was also issued for three other English contemporaries of Admiral Nelson to accept and wear the insignia of a Knight Grand Commander of The Order of Saint Joachim. These included Viscount Merton, General Sir Charles Imhoff, and Philippe D'Auvergne, Prince de Boullion, Rear Admiral of the Blue. Philippe d’Auvergne cut a dashing figure in the time of the French Revolution as a spymaster and organiser of Royalist resistance in France from his base in the Island of Jersey, where he was Governor. General Sir Charles Imhoff was granted the Royal Warrant to accept and wear the Grand Cross of The Order of Saint Joachim on May 18, 1807 on the recommendation of the English College of Arms.

The Order of Saint Joachim and the use of the post-nominal "K.J." by its knights is evidenced in several contemporary English references, including Debrett's and various guides to the British Parliament. In fact, Knights of Saint Joachim were recognized in England and were entitled to the use of the title "Sir" until the 1813, when legislation was passed to limit the recognition of foreign knighthoods generally. Nonetheless, The Order of Saint Joachim was again recognized as a genuine order of knightood again by the English College of Arms' Windsor Herald, Francis Townsend, Esq., FSA, in 1828 in his"Calendar of Knights", listing all knighthoods and orders of knighthood recorded in the English College of Arms' records 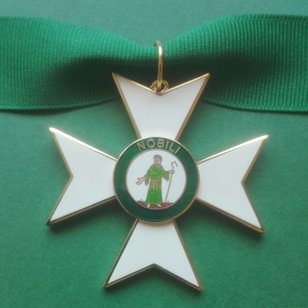 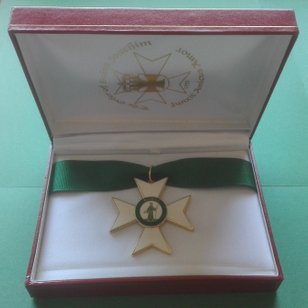