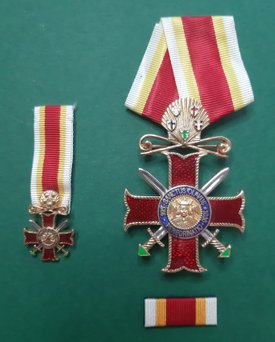 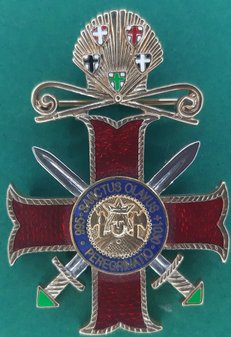 The Saint Olav‘s Cross of Pilgrimage

The Saint Olav Pilgrimage Foundation, Norway, was established in November 2000 by the Grand Prior

MNIF, and some colleagues as a legally, registered foundation in Norway with the objective of

collecting funds in the form of donations and gifts in order to perform humanitarian aid work.

This foundation is bestowing the Saint Olav‘s Cross of Pilgrimage as an ecumenical mark of distinction.

The foundation is awarding cross, miniature and diploma.

a red medial stripe flanked on either side by a golden stripe and with white stripes at the edges. That

decoration may be worn according to rules, regulations or custom for dress or uniforms in each country

Christianity and satisfy the six conditions below:

Saint Olav`s Church - in Norway or in another country.

operations or services, as a member of the military, the police or as a civilian.

or other work that promotes peace and friendship between people.

service as a member of the military, the police or as a civilian plus made a pilgrimage to

Jerusalem, including visits to holy sites.

picture of Saint Olav on the fifth pillar into the church, with the inscription "Olauus Rex

Norvegie", thought to have been painted in the thirteenth century.

plus subsequent active and worthy participation in humanitarian work over a long period of time.

The foundation reserves the right to interpret the statues and eligibility requirements freely.

supported the foundation, its goals and funds, or in some other way merit the award.

Members of the following Orders of Chivalry also meet the eligibility requirements; these are:

•The Order of St. Lazarus.

•The Sovereign Order of St. John of Malta.

•The Equestrian Order of the Holy Sepulchre.

•The Constantinian Order of Saint George.

Members of other knightly orders of good standing may also be considered for the award of the St. 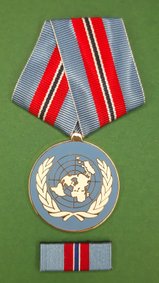 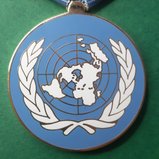 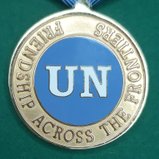 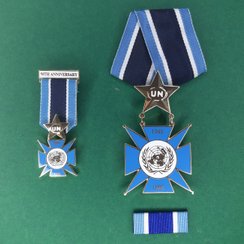