The Holy Order of

"Father unknown” is the cold legal phrase sometimes used on baptismal records. “Half-breed” or “war souvenir” is the cruel name inflicted by those of “pure” blood. Like many others, Martin might have grown to be a bitter man, but did not. It was said that even as a child he gave his heart and his goods to the poor and despised.

He was the illegitimate son of a freed woman of Panama, probably but also possibly of Native American stock, and a Spanish grandee of Lima, Peru. He inherited the features and darkness of his mother. That irked his father, who finally acknowledged his son after eight years. After the birth of sister, the father abandoned the family. Martin was reared in poverty, locked into a low level of Limas society.

At 12 his mother apprenticed him to a barber-surgeon. He learned how to cut hair and also how to draw blood (a standard medical treatment then), care for wounds and prepare and administer medicines.

After a few years in this medical apostolate, Martin applied to the Dominicans to be a “lay helper,” not feeling himself worthy to be a religious brother. After nine years, the example of his prayer and penance, charity and humility led the community to request him to make full religious profession. Many of his nights were spent in prayer and penitential practice: his days were filled with nursing the sick and caring for the poor. It was particularly impressive that he treated all people regardless of their color, race or status. He was instrumental in founding an orphanage, took care of slaves brought from Africa and managed the daily alms of the priory and city, whether it was a matter “blankets, shirts, candles, candy, miracles or prayers!” When his priory was in debt, he said, ‘I am only a poor mulatto. Sell me. I am the property of the order. Sell me.”

Side by side with his daily work in the kitchen, laundry and infirmary, Martin’s life reflected God’s extraordinary gifts: ecstasies that lifted him into the air, light filling the room where he prayed, miraculous knowledge, instantaneous cures and a remarkable rapport with animals. His charity extended to beasts of the field and even to the vermin of the kitchen. He would excuse the raids of mice and rats on the grounds that they were underfed; he kept stray cats and dogs at his sister’s house.

He became a formidable fundraiser, obtaining thousands of dollars for dowries for poor girls so that they marry or enter a convent. Many of his fellow religious took him as their spiritual director, but he continued to call himself a “poor slave.” He was a good friend of another Dominican Saint of Peru, “Rose of Lima.”

Racism is a sin almost nobody confesses. Like pollution, it is a “sin of the world” that is everybody’s responsibility but apparently nobody’s fault. One could hardly imagine a more fitting patron of Christian forgiveness (on the part of those discriminated against) and Christian justice (on the part of reformed racists) than Martin de Porres.

Pope John XXIII remarked at the canonization of Martin (May 6, 1962), “He excused the faults of others. He forgave the bitterest injuries, convinced that he deserved much severer punishments on account of his own sins. He tried with all his might to redeem the guilty; lovingly he comforted the sick; he provided food, clothing and medicine for the poor; he helped, as best he could, farm laborers and Negroes, as well as mulattoes, who were looked upon at that time as akin to slaves: thus he deserved to be called by the name the people gave him: “Martin of Charity.” 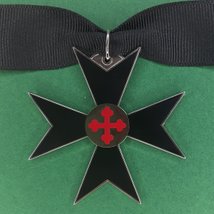 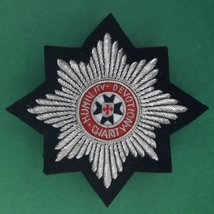 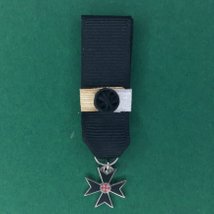